Street and Park skateboarders have their own unique style and different skating preferences.

Skateboarders usually fall into one of two categories: street or park. Street skaters are known for doing tricks like grinds, ollies, and flips. They prefer to skate on concrete, such as the sidewalks in a city. Park skaters typically prefer to do spins, flips, and slides. They like to skate ramps in a park or other similar places where they can go big with bigger jumps and more space to do tricks like in a vert ramp facility.

Street skating is a form of skateboarding that incorporates the use of hand rails and ledges as obstacles.

Street skaters like Tony Hawk were the first to introduce the term “street” as an alternative for “sidewalk”. This term was used to describe a form of skateboarding that incorporated the use of hand rails and ledges as obstacles.

Park skateboarding is a very popular sport, and the skate parks all around the globe are starting to change because of it.

The skate parks that we know and love are starting to be replaced with different types of ramps and bowls. These different features will make park skating more challenging and fun for those who want to push their limits.

Park Skateboarding is all about getting creative with your tricks, finding new ways to go faster, or just having fun with friends. All the new changes should only benefit the sport in the future.

Should You Be Street or Park Skating?

Skateboarding is a fun and exciting activity that has gotten a lot of attention in the last decade. With skate parks popping up all over the country, skateboarders have the choice to be part of this new movement or to continue with street skating.

Street skating is more dangerous than park skating, especially for younger kids just getting started. These skaters often find themselves on busy roads with cars and other hazards as they try their best to catch some air off of a curbside ledge. Park skating provides a safer environment for those who want to learn how to skateboard without putting themselves at risk.

Street Vs. Park Skateboarding – Who Wins the Battle?

Street skating is more popular than Park skating. It is because there are more places to skateboard in a street than a park. Street skating is also more dangerous because you have to worry about cars and pedestrians while it’s hard to find those things in a skatepark.

The Best Places to Skate in the City

Where is the best place to skate in your city? Where can you find the best skateparks, ramps, and public spaces that are conducive for skateboarding? Skateboarding is a sport that has grown rapidly in popularity worldwide.

Certain regions of the world have become more conducive than others for skating. The availability of skateparks and ramps around the city has also influenced this popularity. Countries like Brazil, Canada, Norway, Sweden, and Costa Rica all rank high on the list of countries with the best places to skate.

Skateboarding is an activity that takes up a lot of space. For both safety reasons as well as to keep their facilities intact; most cities will not allow skaters to use public parks or walkways for their sport. The best solution then would be to

Skateparks are more Safe than Streets – What is your Take on this Topic?

Skateparks are safer than streets. This is because they are designed to be that way. Streets are made for cars, not skateboards, so there is nothing to limit the danger of getting hit by a car.

The safety of a skatepark depends on how it’s designed and built. There are different kinds of materials used in building skateparks which affect the level of safety.

I believe that this is a very interesting topic to discuss and I am going to provide my thoughts on the two most popular types of skating.

Park skating is more superior than street skating. In my opinion, park skaters can be more creative and have a lot more freedom when it comes to skateboarding. This is because parks have obstacles that challenge skateboarders in ways that they never would be challenged by just rolling up and down the street or sidewalk.

Street skaters are often challenged with less room for creativity and freedom when they are on a board which is why they typically spend more time perfecting tricks in one place rather than moving around the entire space. 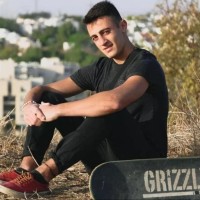 https://skateboardcave.com
admin@skateboardcave.com
Jerry Phillips
I started this blog to provide complete advance guiding you towards a better and more comfortable variant skateboard experience. I deliver more than tools and skateboard guides and motivate people to use different skateboard. Find him on Facebook & Twitter here. Happy Reading!

This site uses Akismet to reduce spam. Learn how your comment data is processed.